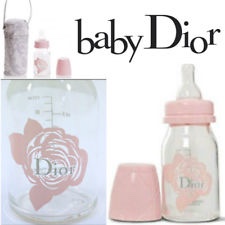 Did you ever tumble headlong into a world you had no idea existed? I was looking for something to pass the time last week and after visiting a few YouTube pages and finding little to entertain, I opened up the Netflix app on my phone and clicked on a title called Yummy Mummies. I thought back to the period just after I had my son and I would watch TLC (The Learning Channel) for hours on end. I particularly loved shows about pregnancy and babies and thought about this nostalgicly as I settled in to watch a show about some pregnant moms-to-be from down under. This was a rabbit hole I didn’t climb out of for many hours: it was ridiculously addicting.

It was also unlike any other reality tv show I have ever watched and I have a couple of seasons of RHOBH under my belt. These ladies (particularly Maria from Adelaide) take diva to a level that makes me fairly uncomfortable as they nest by accumulating designer baby gear (Dior bottles, Versace receiving blankets, matching baby and mum Burberry pajamas), peruse for “push” gifts (diamonds, Rolexes and Range Rovers) and plan babymoons on the Gold Coast. I live in a completely different world where Michael Kors and Coach are the highest of my designer aspirations and where my kid grew up in clothes from Target and occasionally Macy’s.

I admit I was completely taken in by these characters and couldn’t stop watching (my favorite was Rachel). There was a bit of a feud/competition between the Melbourne moms (Lorinska, Jane and Rachel) and Maria (mostly on Maria’s part) about who would have the better baby shower, etc. They would constantly make fun of each other and I guess the entertainment value was to find out who would do what next. Maria’s mom (mum) was, just, WOW! I can’t even find the word for it. She certainly had a hand in raising her daughter to be the narcissistic diva she is today.

The other ladies were fairly tame and reminded me of the characters from Sex and the City if they had kept going and all had babies. They dressed to the nines as they shopped for their push presents and induldged in lunches, pampering and more as they got ready for motherhood. I’m not saying this has been the best way to pass the time, but it sure was an eye opener about how the other half lives. I was never happier to settle into bed in my Target pajamas at the end of the day.

Do you have any guilty pleasures reality tv?