You may have noticed I haven’t been writing. You may not even miss me but I miss you. Who is you? An anonymous reader? Me? The me who was writing for me. Does that make sense? When you want to write but you don’t and then day after day goes by and the more you don’t write, the less you write. I’ve picked up books on writing. I’ve done some exercises. But mostly I just haven’t been writing. Something finally sparked inside and said, “you have to write!”. 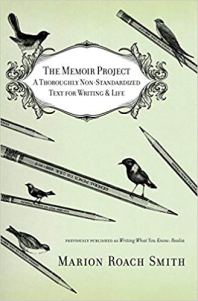 Most recently I picked up a small book I read (75% if you go by the bookmark tucked into the latter part of the book) during a writing course from a couple of years ago called The Memoir Project by a local writer, Marion Roach Smith. I had time between lacrosse games over the weekend so I thought I’d pick up where I left off but then since it’s been so long since I’d picked it up, I decided to start over. One of the very first things she recommends against is to do the writing exercises! She wants you to dive right in.

Maybe that’s the push I need to get me in front of my computer today. To open my blog pages and start writing. I decided I needed to give the desk a good clean since the only person using the computer as of late is my twelve-year-old who is usually eating snacks and putting fingerprints on the screen. It’s time to wrest control of the computer from him! Then, in cleaning the keyboard, I accidentally flipped the monitor orientation sideways (Ctrl/Alt and the arrow keys will fix that in case you ever need to know).

So here I am. I can’t even say what I’ve been up to. Mostly being a mom and wife which 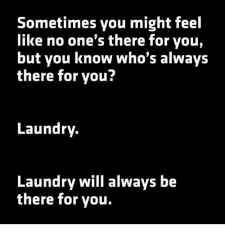 entails a whole lot of laundry. This meme pretty much sums it up for me. Just when you think the laundry is done. Folded. Ironed. Put away. There is more. These people that live with me are always changing their clothes. Every day! All kidding aside, I’m not enjoying the monotony of housework life. I feel guilty to let it go because really, what am I doing with my day if everyone comes home to the same messy house they left that morning? I’m really not doing a spectacular job at it though. It’s only going to get messed up again.

What else have I been up to since my last post? We had just seen Dear Evan Hansen which was phenomenal and then a few days later we saw Hamilton. The theater tickets were our gift to each other from Christmas since it’s so hard to buy for each other when we buy what we need as we go. We both love Broadway and it gives us an excuse to visit NYC and have couple time. We just didn’t space them well enough apart this time. So Hamilton was just as good as everyone says and I’ve had the music in my head (and piping through my car stereo) ever since. If you have the chance to see it, I urge you to do it. The funny thing is that my husband has been putting his name in a daily lottery for tickets and just after we saw the play, his number came up but we were unable to use the tickets. I’m just happy to have been able to see it once but if the opportunity arises, I’d love to take our son to it.

I usually title my posts before I write them – do you do that too? It doesn’t always work out but I’m going to leave this one as is. Taking action. I have been fretting over not writing for as long as I haven’t been writing and today I put on my list to write. Take action and put some words out there and keep it up every day.

What have you been procrastinating? Is it time to take action?