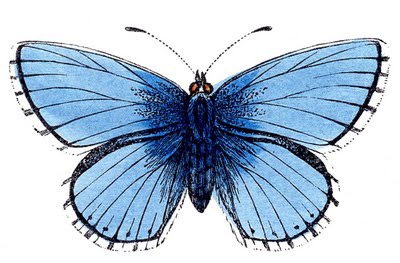 The Butterfly Effect hinges on the theory that a small change (such as a butterfly flapping it’s wings) can cause a much larger event halfway across the world (such as a tsunami). I think of this often when I’m trying to retrace how life gets off course for me in just a short amount of time. Three weeks ago, said life was humming along. I had a faithful morning routine which entailed prayer, journaling, exercise and morning pages – all before my job which starts at 9 a.m. I had weekly commitments I didn’t veer from. AA meetings, yoga practice, meditation, meal planning, laundry and cleaning routines. And then the thing happened that knocked it off kilter.

What was the one thing that caused my life to tip over as though it was teetering on the edge of a cliff? The first chink came with a funeral which caused me to miss my weekly yoga practice. The funeral wasn’t optional as it’s crucial to be there for the important people in your life during times of loss. The funeral, also, was ripe with life lessons for me and caused me to think hard about some things like bucket lists and what’s really important in life. Next came the death of our beloved Murphy and this has caused much sadness and perhaps a low grade depression. Getting out bed in the morning became difficult but Thanksgiving was coming and a trip to Florida was on it’s heels.

Trips are fantastic for knocking over ones routines. A few days in a sunny climate improved my abiltiy to get out of bed and I even got myself to the gym during my time there. I would forget to do my morning journaling and prayer, though, and soon my willingness to write three pages of morning nonsense was turned on it’s head. My progress through the 12 weeks of The Artist’s Way became stalled at the halfway point. AA meetings? I will skip them for a few days until I get home and my fourth sober anniversary came and went during the trip and I failed to collect a coin.

We returned from Florida with a nearly two foot snowstorm on the horizon and thus the the final nail in the coffin of my routine was hammered down. The city where I live practically shut down for a couple of days. No gym, no school, no work to ground my routine. I huddled under a blanket with tea and a book, a not unpleasant way to pass the time. But the morning routine was cast aside without another thought and the evening routine took a hit as well. Spending time in bed was encroaching on both the morning and evening hours when I should be doing other things.

Life is starting to get back to normal and it’s time to regain the momentum of the routines I have lost. I haven’t been to yoga in three weeks, haven’t made many AA meetings, haven’t written much, haven’t kept up the laundry. But as with the butterfly effect casting chaos on routines with a seemingly small change, getting back to it starts with a small positive change which can serve as a stepping stone to progress.

2 thoughts on “The Butterfly Effect”