“What can I do when we get home?” was the greeting I received when I picked my son up from school yesterday. I gently reminded him we had an appointment with the therapist, followed by an audible groan of displeasure. Why and ugh were uttered and I was right there with him. I didn’t want to go any more than he did. With the rain beating down, I wanted to snuggle on the couch with tea and a book and a movie for him. Not an option.

Since last September we’ve seen R, the therapist, about a half dozen times and the 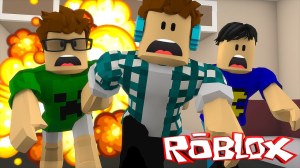 appointments are usually scheduled on the heels of a major meltdown as this one was. That was about three weeks ago as he experienced a a breakdown over a fidget spinner and a birthday party I didn’t end up letting him attend.  It’s when I finally took his iPad and Roblox away. Roblox could be a post all it’s own and has been a major source of conflict for L with his peers over the past few months. I didn’t totally get what it was when he first started playing but knew there is a social aspect and a multi-player game facet that included things like hide and seek and role playing games which he gravitates toward. I don’t feel it’s a healthy environment for him.

When we arrived at the office, the therapist greeted us and jumped right in to see what’s been going on since the last time we met. I explained about the meltdown, what I was seeing when he was using electronics too much and the steps I had taken to remove electronics for the next several weeks. I’m not sure he thought a total restriction was necessary and doesn’t feel he can learn moderation if he doesn’t have them at all. I was firm on the ban and after explaining it was more a family experiment than anything else, R seemed good with it.

The appointment began with the four of us talking and then L and R spent some time together so L can share anything he’s not comfortable bringing up in front of us (the parents). By the end of the appointment you would think it was L’s idea to go there in the first place. He is always in a much better frame of mind in the end and we all come away with insights and ideas on how to move ahead. It’s an hour well spent for all of us.

Wednesday marked a week since the electronics fast began and I congratulated him on how well he was doing on our way home from school that day. He said it wasn’t so bad because he can still do electronics at school and it turns out nearly every day they use an iPad in science or a computer in technology class. I asked how he feels about when he has to turn off the devices and he said it’s hard but he has to do it. I left it at that and focused on what we could do at home.

We’ve spent a lot more time together as a family this week playing board games, shooting hoops and just plain old talking. No one has their device face down on the table hoping to take a peak when no one else is looking. L can really be a chatterbox and he has two trademark phrases – here’s the deal (as he negotiates something) and I have a question. We’ve been hearing those a lot this week and it’s been nice to hear him more and listen to what’s happening at school.

One of the things he has been trying to negotiate is some TV time and I’m loosening up with the idea of allowing it. In the Reset Your Child’s Brain program, a few hours of TV each week is allowed but I’m going to limit it to a movie here and there because there is a definite begin and end to a movie. When he watches shows on Netflix, there is always the temptation to watch “just one more episode”.  I have the same problem so I can totally understand where he’s coming from.

At the onset of the program, they recommend setting three measurable goals to track during the reset. For us I want to see fewer meltdowns (so far so good), faster compliance with requests like homework, showering and bed time (better) and expanding the choices of how he spends free time (this is going well but requires a lot more from us). It certainly hasn’t been perfect but the improvement in his attitude and behavior has been noticeable. As we head into another full weekend without technology, I’m seeing it as more of a reprieve than a punishment for all of us.  A way of reconnecting to each other and trying new things together.

1 thought on “The technology reset continues”