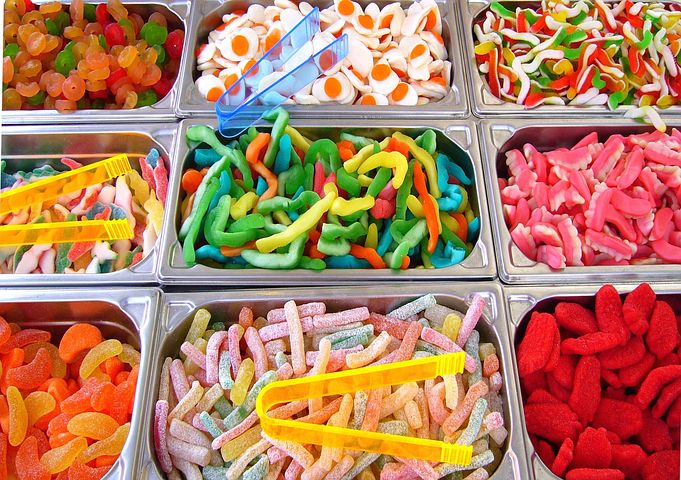 It’s been three and a half years since I gave up alcohol completely. I had a lot of stops and starts before that but the conditions had to be right before I could admit that I had no control over how many more drinks I would put in my body after I put the first one in. It’s been one of the very best decisions I have made for my life. Life didn’t get better right away but many days at a time later, I have a wonderful life today even with all its ups and downs.

Early in sobriety I was told it was okay to substitute sugar for alcohol. If you crave a drink, have a sweet instead. You don’t even have to give me a reason to treat myself to sugar because I have been a lifelong fan. Twizzlers, sweet tarts, gummy bears, sour patch kids, tootsie rolls, swedish fish, ice cream (mint chocolate chip, please), and the list can go on and on. I have no problem with chocolate, though. I always had a stash of candy in my night stand and if it got low, off to the drugstore I would go.

I know candy is not good for me, and overconsumption of sugar could lead to bigger health issues down the road. I wanted to quit sugar and I was finally ready. Maybe I hit my sugar bottom. I had also put on twenty or so pounds in the past several years and I was tired of this too. When I looked at vacation pictures from our trip to Costa Rica last year I was sad to see the weight gain in my face, arms and body in general. I know it’s normal to put on weight as you age (I’m in my early fifties), but I also knew I could do better with my fitness and nutrition.

After I returned from Costa Rica, my first thought was to up my gym time and so I worked with a personal trainer for three months. I dreaded it. I hated it. I have a lung condition very similar to asthma and it’s hard to work out hard. My trainer was probably pretty easy on me but while I felt better right after I finished my sessions, I never actually saw any results in my body. I didn’t lose weight and while my muscles were a bit less soft, I decided the money wasn’t being well spent. Then I had a foot issue and couldn’t work out for a couple of months.

All the while in the back of my mind was I needed to cut back on sugar. For me it’s all or nothing. Like alcohol, if I have just a little bit of sugar, I’m going to want to have more. I tried several times to set a target date. January 1st, Lent, Spring. And then in March I was having brunch with a friend. I think this was during Lent so I wasn’t eating sugar but I wasn’t eating well either. She told me she was going on a yoga retreat (in Greece!) during the upcoming summer and I was instantly envious. I’ve wanted to go on a yoga retreat for ages. Yoga was a go to outlet for me when I stopped drinking and I had toyed with going to Costa Rica for a retreat (before it turned into a family vacation). She invited me and while I was unsure because of my unemployment status, I talked it over with my husband and we decided it would be a once-in-a-lifetime opportunity and I signed up.

Suddenly I had my motivation to get back in shape. Mind, body and soul. It really gave me the kickstart I needed to make some changes. I vowed to keep off sugar once Lent ended but I did that thing where you tell yourself you’re just going to have a little and I was back running. I started exploring nutrition plans and then at school pickup I heard about something that might work.

You can read part two here.